with creativity and confidence

TO START, WE…
CREATE
your message
THEN WE…
CONNECT
your customers
SO YOU CAN…
BUILD
your community

You may have seen the What’s On Digest magazine sitting on little racks at a local restaurant or grocery store. That magazine was the result of print industry sage, Cathy Kaardal, landing on Vancouver Island in 2002 with a desire to invest herself into the local community, but lacking any public guide to help her get plugged in.

Having already established herself as a successful ad and publication agency, her and husband Brian Kaardal (the Coffee News man) launched the first ever What’s On in Campbell River, Comox Valley, and Port Hardy to share local events, activities, clubs and activity groups in 2007.

Growing to include a digital interface and multiple regional publishers, Cathy and team uncovered their genius as creative marketing strategists and designers. And with digital media on the rise, social media integration, web-ads, and the like had become a routine part of the What’s On Digest’s value added tradition for many clients.

In 2015, Benny McGrath (Cathy’s son) began converting content from the magazine into fun, shareable videos. Within months the “Must See Events” videos had become a way for client’s to ‘taste and see’ the benefits of online video marketing and by 2017 video ads and shareable motion graphics had become a major part of the What’s On Digest mediascape.

In 2018, the online media aspects of What’s On Digest had become a prominent and valuable service to many clients including a range of new “digital-only” businesses.

And so What’s On Media was born.

A company to accommodate the range of digital, traditional, and multitouch media and marketing services available from the same people that have served Vancouver Island businesses under the What’s On Digest banner since 2007.

Now What’s On Media offers customized marketing campaigns, consultation, and piece-by-piece media project management for small-medium sized businesses here in Campbell River, throughout Vancouver Island, and even across continents. From 2002 to today, our mission has been the same; to create a message that connects people and builds community.

We’re not shy about our small town location. From Campbell River, What’s On Media has launched and run several successful regional and global media campaigns and ongoing publications and platforms.

We really love our city! ❤️

Serving the growth of local communities and the local businesses that hold them together has been our mission and passion from the start. With every working hour, we aim to play our part to improve the world around us, little by little.

We love working with local businesses to create a message that connects with customers and builds community. Here’s a few of our favourites… 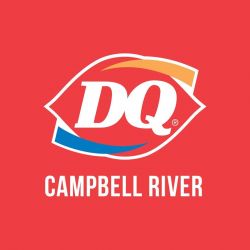 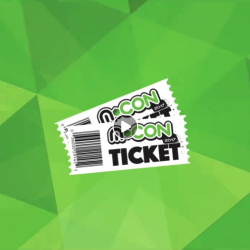 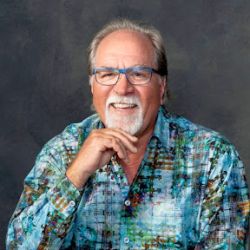 “I love how What’s On Media have captured the feeling of my store and our new tea label in our video campaign. It’s amazing!”
~ Christine Lilyholm

“I really appreciate What’s On Media’s digital ad reports. I can watch and listen to a brief video about my campaign in language that is simple, clear, concise, and relevant.”
~ Bill Coltart

Bring it all together.

What’s On Media specializes in creating a web of marketing touchpoints that span the spectrum of traditional and digital media. We combine our marketing and production experience into one comprehenvie campaign package for you.

Click a line above to read more info about it.

We make custom packages to fit your organization’s unique needs. Large or small, we’ll create the pathway to get your message through to the right people.

Capture your message in a 5-30 second window of creative communication.
$625 / Project

Equip your fans with screen graphics and animations to quickly share your message.
$325 / Project

Establish your brand with tangible and impressionable visuals that stick.
$85 Minimum

Now you’ve got their attention, make your audience can find their way back to you.
$130 / Minimum

Establish your brand as part of the community legacy.
$500 / Minimum

Find a clear path and helpful tools to reach your marketing goals.
$500 / Minimum

Stay connected and convert your customers into ambassadors.
$325 / Project

Get the best bang for your buck with targeted audiences and monitored engagement.
$500 / Minimum